Brown University and Hasbro Children’s Hospital are located in Providence, the capital of the state of Rhode Island. Although the smallest state in the US, Rhode Island has 400 miles of coastline and is often referred to as the Ocean State. Rhode Island is situated in the heart of New England allowing easy access to neighboring states. As such, people come from all over to visit the state. Providence is a “minority majority” city because of its diverse population. The state also serves as an active refugee resettlement site bringing in people from all over the world. As a result, the state celebrates a rich cultural history with festivals and a variety of restaurants to choose from. Combined with all the outdoor activities you could imagine, Rhode Island is a fun place to be!

25 things we love about rhode island

I live right in the heart of Wayland Square (cute little are tucked in on the East Side of Providence) and love being able to just walk to my favorite cafe, CVS, the best bookstore, and other boutique shops and tasty restaurants. With easy access to the East Bay bike path, and Blackstone Boulevard it's also super nice being able to come home from work and get outside for a bit (and pet lots of puppies)! It has just the right amount of quiet suburban neighborhood feel, but still makes it easy to roll right out of bed and get to work in less than 15 minutes. I highly recommend living here!

Nestled around the Brown campus, the east side is a lovely part of Providence filled with mainly young professionals and young families. Being an open campus, there is bustling in-and-out flow between Brown and the community. Thayer street is full of restaurants, coffee shops, and some late-night options. North of the campus is Hope Village, which is centered off two streets - Hope Street and Blackstone Blvd. Hope Street has multiple trinket shops, coffee, restaurants, and salons. Blackstone Blvd is a beautiful long running/biking path that ends at Lippitt Park. Lippitt Park is known for its summer Saturday morning farmer's market and family movie nights.

I've lived off Broadway in Federal Hill since moving to Providence and have loved every moment. I live in a lovely historic home steps away from everything I could ever need, and my low rent allows me to enjoy everything Rhode Island has to offer. The West End and Federal Hill neighborhoods located west of Downcity are vibrant neighborhoods with a rich history undergoing an exciting revival. You have everything you need within walking distance of your home and a 5 minute drive from the hospital. You can spend Sunday evenings listening to live jazz and sipping on a craft cocktail at the Courtland Club or swing by local favorites like Julians, Bayberry Beer Hall, or Slow Rhode for dinner on any night of the week. For a special occasion you can snag a reservation at Big King, a Japanese influenced hyper seasonal restaurant recently nominated for a James Beard Award. If you head up to iconic Atwell's avenue, you'll find yourself in Little Italy where you can gorge yourself on fresh pasta, tasty gelato, and pastries. The West End is also home to Urban Greens, a Co-Op grocery store, that carries delicious fresh products from Rhode Island, including freshly caught seafood. Some of my co-residents tease me for my love of my neighborhood, but after two years some of them have seen the light and joined me on my side of town.

I live in the Promenade Apartment right near DownCity since I moved to Providence from Boston and I LOVE it! Being near the downtown area allows me to walk or bike with ease to the shops, restaurants, and events that frequently happen in the city, such as Waterfire on Saturday’s in the summer, RI PRIDE, and PVD fest. It also makes it really easy for me to see and experience art, such as Broadway shows at the PPAC, movies at the Providence Place Mall, or special events at the RISD museum. Another great thing about living downtown is that it is an easy walk to the Amtrak station, giving me easy access to the entire NorthEast corridor. A new, inventive, and innovative addition to the Downtown area is the Little Roady, an autonomous shuttle pilot project funded by the city. This is a great way to get around the city without needing a car! For when you do need a car, a great thing about Providence is that pretty much everything is an 8 minutes drive, no matter where you are in Providence. (For instance, I live exactly 8 minute car ride from the hospital!) I personally live in a building with amenities (there are many in the DownTown area including the Promenade, the 903, the Regency, the Avalon, and the Providence G). Having a gym, easy parking, and laundry in-building minimizes the daily hassles during residency so that you can make the most of the time you have off. Providence is a wonderful little city with tons going on, great restaurant, and an extremely unique and diverse culture. It is a perfect place for residency since it has the ease of small-city living with the big-city cultural events and so close to a ton of outdoor activities.
Click here to see where fellows live

Given the beautiful landscapes and access to the beach, Rhode Islanders spend a lot of time outside. For those who are interested in sailing, you can take lessons on the weekend. Or you can head out to Newport and hop on a boat for a ride around the harbor. The East Bay Bike Path winds around the Narragansett Bay offering bikers a beautiful view of the state. Those interested in fishing can fish along the rivers in the state or take a boat out into the ocean. Travel further south and you will see people surfing along the beaches or scuba diving. Interested in kayaking? Grab a paddle and push off from Providence and make your way down the coast. Further north, you can participate in strawberry picking in early summer and apple picking in the fall.

Click here for a guide to the RI Outdoors

Art life permeates every aspect of the community. The state has one of the country’s premier art programs, Rhode Island School of Design (RISD). Of note, the RISD museum is one of the most revered art collections in New England and people come from all over the world to visit. The country’s greatest chefs train here as well at the culinary institute of Johnson and Wales University. Persimmon Restaurant, a local favorite, is a James Beard nominated restaurant. Oberlin was selected by Bon Appetit Magazine as the country’s 7th best restaurant. Because of the rich cultural diversity, you can try food from all over the world from Vietnam to Korea to Haiti to Italy. On weekends, you can take a trip down to Newport to marvel at the beautiful architecture of the mansions or visit Thames Glass for your chance at glassblowing. Every year, traveling Broadway comes through Providence performing at the Providence Performing Arts Theater featuring such musical favorites as Wicked, Evita, Phantom of the Opera, the Book of Mormon, and Hamilton. So on your time off, you will have plenty of activities to engage in! 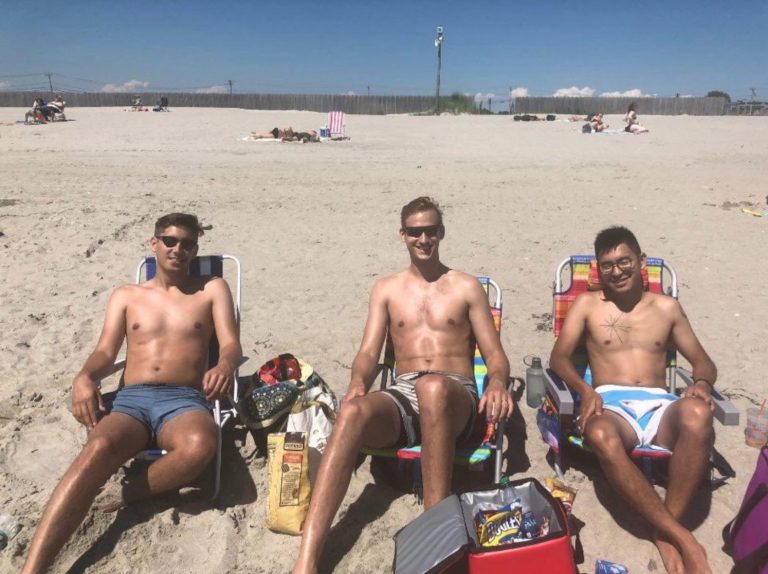 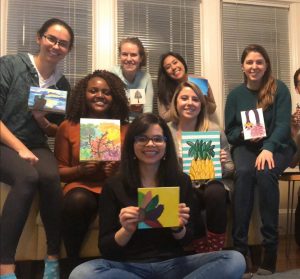 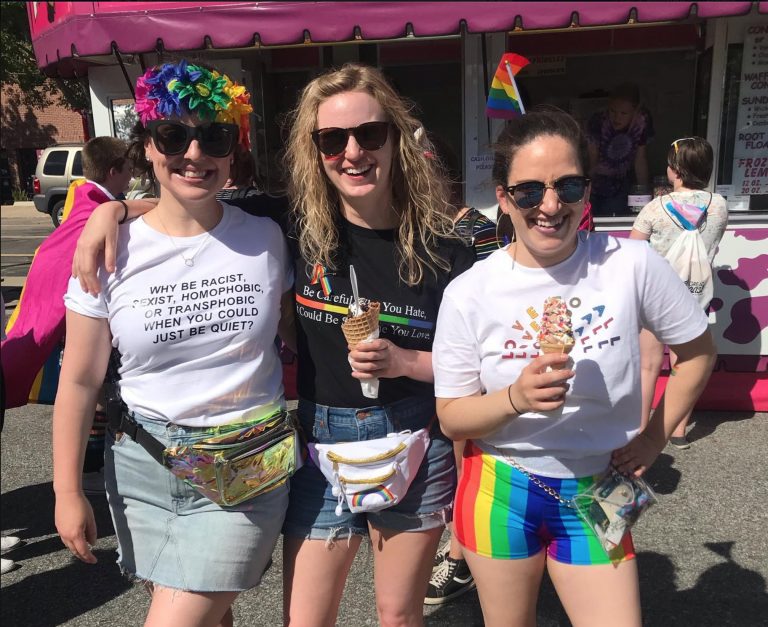 WaterFire centers around a series of nearly 100 bonfires that blaze just above the surface of the three rivers that pass through the middle of downtown Providence. The string of fires illuminates nearly two-thirds of a mile of urban public spaces and parks, as residents and visitors gather to stroll along the river, listening to music and watching performances. Boats pass quietly before the flames, as black-clad performers tend the fires from sunset to midnight. WaterFire is held May through November, typically on Saturday evenings about twice a month. The event is free and the public is encouraged to attend.

Good Night Lights is a local tradition that began with a simple gesture: Long-time hospital “resident cartoonist” Steve Brosnihan wanted to wish the children of Hasbro Children’s Hospital a good night as he rode home on his bicycle after an evening at the hospital.

From a spot near India Point Park, Steve paused to illuminate the headlight of his bicycle toward the hospital’s awaiting patients.

After realizing that the gesture was a much-appreciated way of letting hospital patients know that someone is thinking about them, Steve began recruiting local businesses to participate.

Since then, restaurants, hotels, Brown University, police departments and an assisted-living community have joined in at 8:30 p.m. each night, making “Good Night Lights” one of area’s fastest-growing traditions.

Since Good Night Lights began, hospital patients have embraced the tradition, and still gather by the windows of Hasbro Children’s Hospital to flash lights back at Providence and neighboring East Providence.

Everyone is invited to participate in this special tradition!

Good Night Lights in the news: